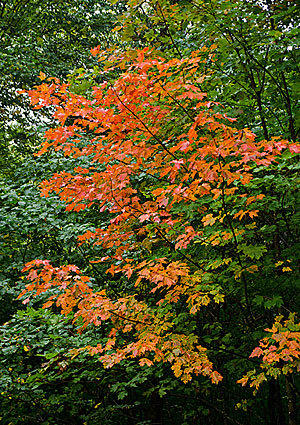 The Northern Hemisphere’s autumnal equinox, more commonly known as the first day of fall, occurred this past Saturday, September 22. Scientifically speaking, the autumnal equinox occurs when night and day are of nearly the same length and the Sun crosses the celestial equator moving southward (in the Northern Hemisphere). For example, the times of sunrises and sunsets in multiple cities along the east coast on September 22 were as follows: New York-sunrise at 6:44 am and sunset at 6:52 pm; Washington D.C.-sunrise at 6:56 am and sunset at 7:04 pm; and Miami-sunrise at 7:10 am and sunset at 7:17 am. The length between sunrise and sunset was typically twelve hours and eight minutes.
The autumnal equinox brought the first day of fall Saturday morning at roughly 10:49 a.m. (EDT). As the season of fall begins, Earth’s axis is tilted neither toward nor away from the sun; this allows the sun’s direct rays to shine overhead at the equator before it moves into the Southern Hemisphere.
Most believe, around both spring and fall, it gets darker earlier than during the other two seasons of the year. However, this is not accurate. During the spring and fall equinoxes, twilight is indeed shorter than any other time of the year. The reason for this is related to the location of sunrise and sunset around the equinox. The sun rises due east and sets due west, and because of this, it actually crosses the horizon at a slightly sharper angle. This causes the sun to appear and disappear from the horizon more quickly. So, our days do not actually become darker earlier, just more quickly.
Fall Foliage image courtesy of Kevin Talbot, via latimes.com